My first experience around food came when I was five. I remember – and always will – going over to my granny’s bungalow in Totternhoe for Sunday Roast. Help was always needed in the kitchen, especially with the creation of Yorkshire Puddings – flour would always fly around the room if I was involved.

My granny had a real passion for food. She would use meat from her local butchers and make her own jams and marmalade to accompany the raft of desserts and cakes which would be served up after the main meal, whether we were full or not. 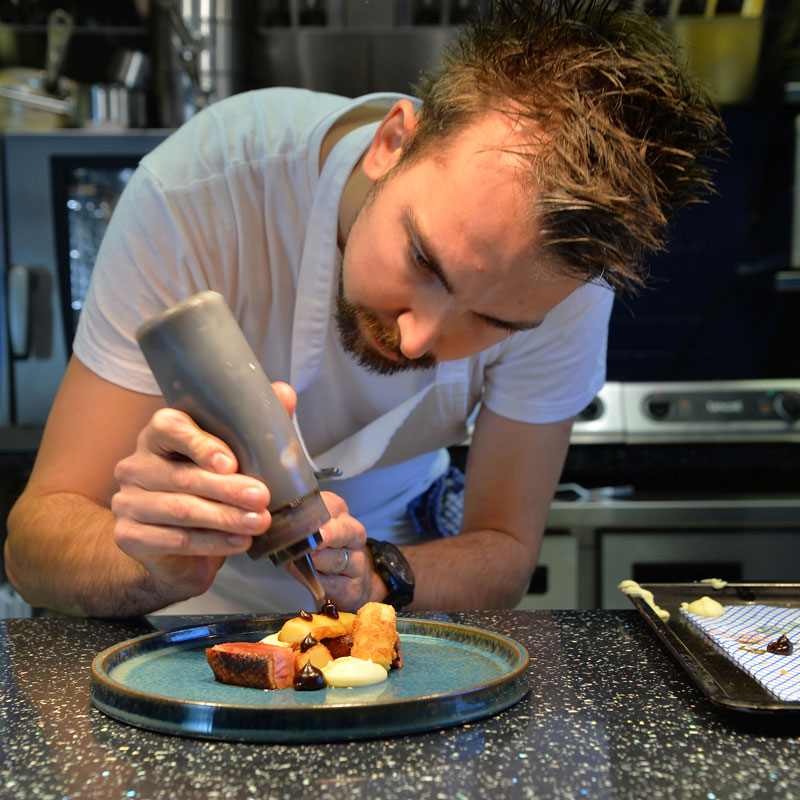 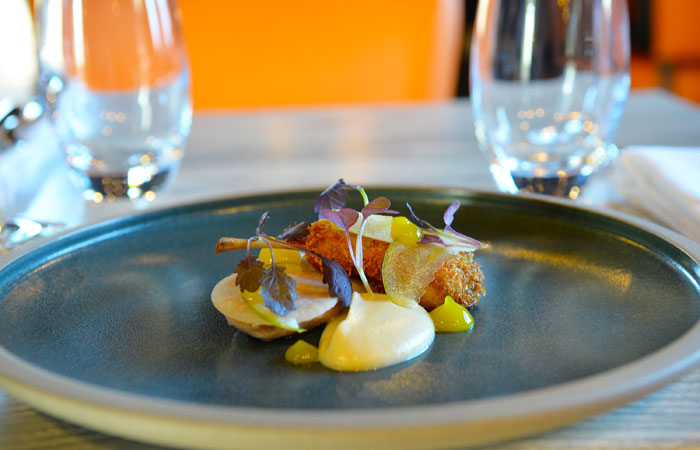 The family Sunday Lunch was always something I looked forward to. It was fun and obviously delicious. I believe that to create something special in the kitchen you need that enjoyment. If you put all your love into it you will get the rewards back. From that first point of preparing Yorkshires I was in love with food and all it stood for: fun, family and flavour.

The thing I found most exciting about cooking wasn’t just the food itself or the consumption of it, it was the experience and how it brought everyone together. It soon became clear to me that food was a major part of family life. My granny also worked in her local pub’s kitchen and my mum used to cook at the village primary school which my brother and I attended in Westoning.

Gradually I was learning what cooking meant and how it was done. I was intrigued at how simple ingredients such as flour, eggs, butter and sugar could be combined to make the most delightful Victoria sponge. I’d be transfixed beside the oven, watching it rise majestically from the tin. As I began my own experiments in our kitchen, I was learning at a young age that not everything would work out how you’d want or expect. Why wasn’t the end product like the recipe promised?

Eggs might be smaller, flour might be finer, and ovens might be hotter. It was frustrating at the time but, as I would go on to find out, experimenting in the kitchen is one of the most rewarding things when you concoct something special – occasionally by accident! 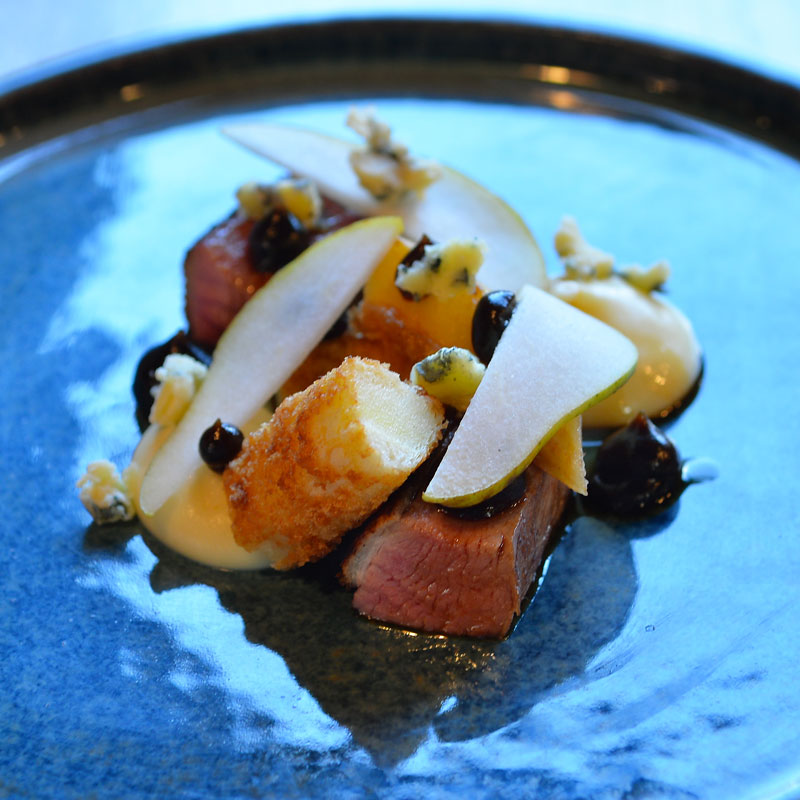 It was when I was in year 10 at school that knew which direction I wanted my career to go. When I was asked what kind of work experience I wanted to do during year 10 work placement, I explained I was interested in becoming a chef. And that’s where it all began.

I was a nervous, shy, but excited 15 year old that was sent to Flitwick Manor, a restaurant which was a five minute drive from our home at the time. I remember going into the kitchen and meeting the head chef Richard Walker, together with his loyal group of chefs. Once I witnessed them at work I knew I hadn’t a clue of what they were doing, but it all heightened my interest in becoming one of them. Desperate to learn the art and how to be involved, Richard showed me how to chop for the first time. After one day in the kitchen I came home to my parents and told them I wanted to be a chef.

The idea of a practical job, where I’d always continue to learn, really appealed to me. A year later, once I’d turned sixteen, I went back to Flitwick Manor as a kitchen porter. Richard said to me once I’d washed enough pots and pans I could help the pastry section. Believe me those pots and pans were washed in double quick time. I was desperate to show everyone what I could do. I was in awe of the chefs and after successfully helping with a soufflé or town, I was sent back to the sink. Seeing the mountain of pots and pans waiting for me gave me the determination and drive to succeed as a chef.

Having washed and scrubbed my way around the kitchen I was given the opportunity to become a part – time chef at Flitwick Manor. Still a young boy and not yet eighteen, I absolutely loved going into work at the weekends. It gave me a real buzz, whether it was fifty covers in the evening or Breakfast the following morning , I loved every minute of it.
Richard taught me everything, and it was he who told me to go to Barnfield College in Luton to enable me to get the right qualifications. College was okay, but it was the hands-on work in the kitchen with Richard and his team that I craved. The one on one education I received was unbelievable and I am ever so grateful for his time and tuition.

It was fantastic and a privilege to be able to learn from somebody like Richard. After three years of full-time work at Flitwick Manor I had moved to Rushton Hall in Northamptonshire where I worked under another fine chef, Adrian Coulthard. It was Adrian who taught me the complex style of cooking. His approach was to take one ingredient and use it in different ways, and this was something I was really impressed with and hadn’t learned before.

Two years at Rushden Hall followed before I moved to Devon for three years. Why? The idea was to move to a different area of the country, an area famed for its rural style of cooking and fantastic local produce. That was where my development as a chef sky – rocketed.

I’d been around food all my young adult life. I was learning new things all the time and in 2011 I decided to apply to go on Masterchef: The Professionals television programme. To get through the application process and ultimately to the final of the competition, was the greatest achievement of my career to date.
I opened my first business with my Wife